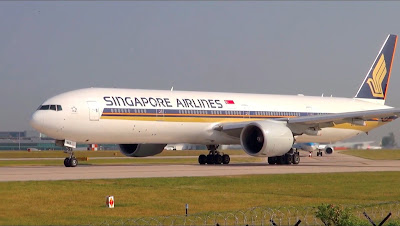 February 28, 2017
We are flying from Copenhagen Airport to Singapore, Changi Airport Tuesday. 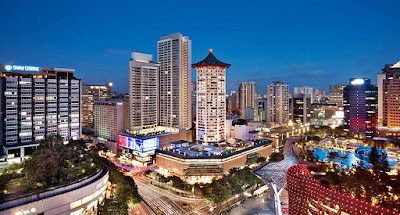 
Before the cruise we are staying two nights in Singapore at Marriott Tang Plaza Hotel. 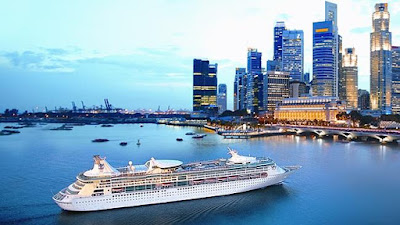 March 3, 2017
Friday at 11:00 am we are ready to embark 'Legend of the Seas', Royal Caribbean Cruise Line.
Legend will be docked at Singapore Cruise Centre (HarbourFront), 1 Maritime Square.

At 05:00 pm we will leave Singapore bound for Penang in Malaysia. 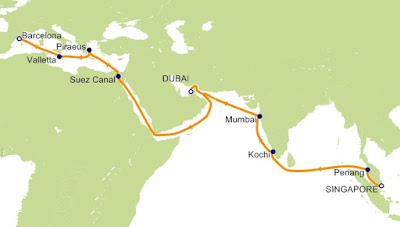 Our Cruise is a back-to-back cruise - leg 1 from Singapore via Penang in Malaysia, Cochin and Mumbai (Bombay) in India to Dubai.
And leg 2 - a Suez Canal cruise from Dubai through Gulf of Aden, The Red Sea and Suez Canal to The Mediterranean Sea.
Here we will visit Piraeus (Athens), Greece, Valletta in Malta, and Barcelona, which is the final destination for the cruise.

From Barcelona we will take a the flight back to Copenhagen. 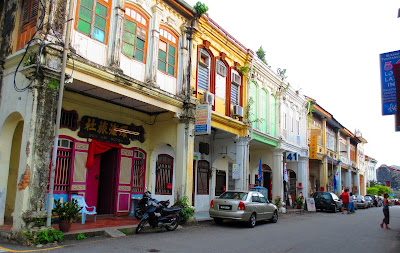 March 4 2017
Our first stop is  Penang island in Malaysia. We will dock at Swettenham Pier with a nice terminal in George Town. This is close to Beach Street, Weld Quay, Clock Tower and Esplanade.
We do plan to visit the historic center of the city and also see the Street Art. 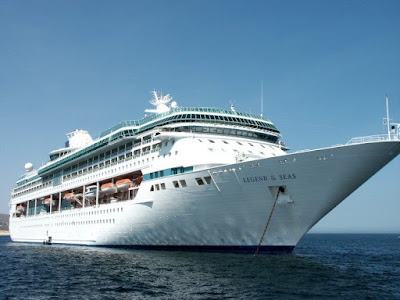 March 5 to 7, 2017
For three days we will cruise the Bay of Bengal bound for Cochin in India.

This is our third cruise with Legend of the Seas - Baltic Cruise in 2014, and Shanghai to Singapore in 2010. 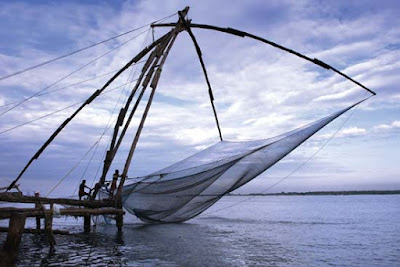 March 8, 2017
We will arrive Wednesday at 08:00 am into Cochin in India. Legend dock at Ernakulam Wharf on the northeast side of Willingdon Island.
Tuk-tuk drivers will be waiting by the port gate to take visitors for a tour of the old town. They are reluctant to take you anywhere else other than on this tour.
We plan to take the ferry from pier north of Ernakulam wharf (Embarkation Jetty) to Mattancherry/Fort Kochin. Ferry service will takes around 20 minutes. The first service starts at 6am and the last one is at 9.10pm. The see the sights in Fort Kochin and the old jewish quarter.
Legend will depart from Cochin at 08:00 pm.


March 9, 2017
During Thursday we will cruise the Arabian Sea along the west coast of India bound for Mumbai (Bombay). 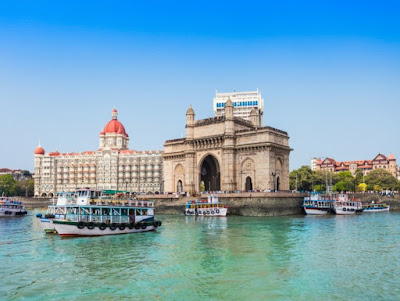 March 10, 2017
Friday at 07:00 am we will arrive into Mumbay - Legend will dock at the Ballard Pier which is located next to the Navy Yard at Mumbai. In the cruise terminal there are some small shops and currency exchange. It is about a 10-minute drive to the town center by taxi.
At 06:00 pm we will depart bound for Dubai.

dock at the Ballard Pier which is located next to the Navy Yard at Mumbai. It is about a 10-minute drive to the town center. - See more at: http://www.whatsinport.com/Mumbai.htm#sthash.L4oLf4vv.dpuf

Saturday and Sunday we will cruise Bay of Oman and Hormuz strait bound for Dubai. 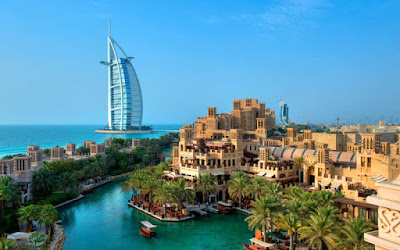 March 13, 2017
Monday at 06:00 am we will arrive at Dubai Cruise ships dock at Port Rashid.
Three large modern cruise terminals next to each other. 10 minutes by Taxi to the old town or Dubai Mall.
We plan to visit the old city, the Souk's in Deira, cross the Creek on a Abra (boat) and also visit Bur Dubai.
At 08:00 pm we will depart bound for the Suez Canal and Piraeus.

We now have 8 sea days before we reach Piraeus (Athens) in Greece. 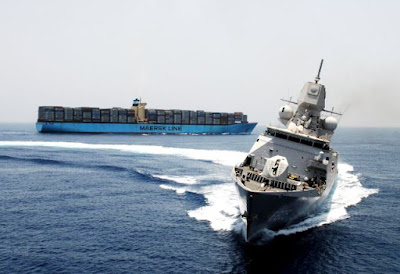 March 14 to 16, 2017
Tuesday, Wednesday and Thursday we will cruise Gulf of Aden. The waters are notorious for Somali pirates. The ships sail through the bay in convoys accompanied by warships.
The Danish frigate 'Peter Willemoes' is currently operating in these waters. 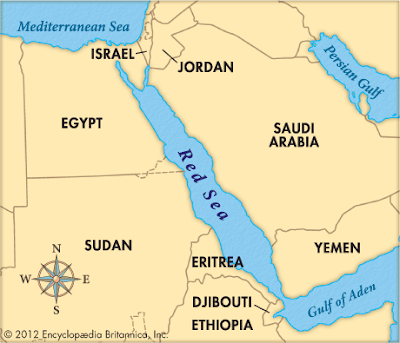 March 17 and 18, 2017
Friday and Saturday we will cruise through the Red Sea towards Suez.

March 19, 2017
On Sunday afternoon we arrive at Suez, where we have to wait for the convoy we must follow through the canal for north bound passage, are assembled. 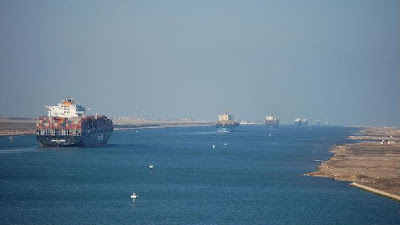 March 20, 2017
It takes about 16 hours to sail through The Suez Canal.
Halfway through the channel we will arrive to the Great Bitter Lake and the new Suez canal expansion, where the northbound and southbound convoy's meet. Monday at 03:00 pm we are at Port Said and the end of the Suez Canal passage.

March 21, 2017
Tuesday we will cross The Mediterranean Sea towards the Greek Archipelago and Piraeus. 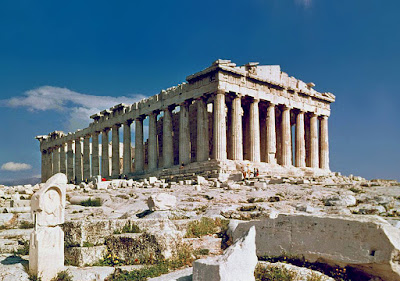 March 22, 2017
On Wednesday morning at 06:00 am we will arrive at Piraeus, a port city 11 km (7 miles) south of Athens. Cruise ships dock at the New Passenger Terminal A, one mile from the center of Piraeus and eight miles from Athens.
Cruise shuttles or "Own Your Own" tours have been know to drop off and pick up in Athens on the west side of Syntagma Square (by McDonalds) or across the street from Hadrian's Arch by the Temple of Zeus. We will take the X80 bus and see the Sights in Athens.
At 06:00 pm we will depart and cross The Mediterranean Sea, bound for Malta. 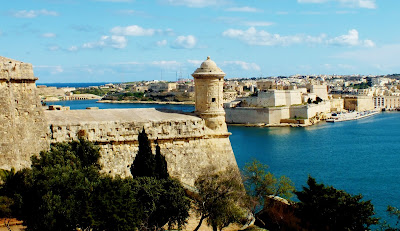 March 24, 2017
Friday at 07:00 am we arrive into Valletta, the capital city of Malta. The Cruise ship terminal's location is not far from the Capital itself, about a 20 minute steep walk. An elevator has just been built, to enable passengers an easy ride up to the old town. 1 Euro return. The elevator is about 300 meters from the cruise terminal. To reach the elevator turn right on exiting the cruise terminal, walk along the waterfront road.
At 05:00 pm we depart bound for Barcelona. (departure time changed by 1 hour).